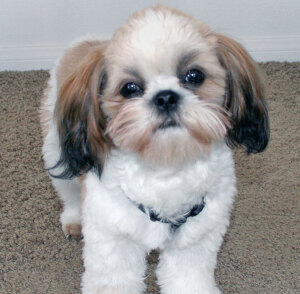 Wilma Lee "Mickey" (McMillin) McGraw, 90, of Essex, IA, entered into eternal rest on Sunday, November 7, 2021 at Windsor Manor Assisted Living in Shenandoah.  A celebration of life funeral service for Mickey will be held on Friday, November 12, 2021 at 2:00 pm at the Essex Presbyterian Church with Pastor Rick Sleyster officiating.  The family will greet relatives and friends with visitation one hour prior to the service Friday at the church beginning at 1:00 pm.  Open viewing and visitation will take place Thursday, November 11, 2021 at Nishna Valley Funeral and Cremation Service in Shenandoah from 10:00 am to 5:00 pm.  Memorials in Mickey's name are being directed to the Essex Presbyterian Church or to People For Paws.  Burial will take place in the Essex Cemetery.

Wilma Lee “Mickey” (McMillin) McGraw, daughter of Gene Edward and Alma Beatrice (Lee) McMillin, was born on June 5, 1931, at Bedford, Iowa.  She entered into eternal rest on Sunday, November 7, 2021, at Windsor Manor in Shenandoah, Iowa, at the age of 90 years, 5 months, 2 days.

Mickey worked for Garten and Jones, Attorneys at Law, in Omaha as a legal secretary from 1950 to 1952.  In 1952, she and Roy moved to Ames, Iowa, while he attended Iowa State University.  During their time in Ames, Mickey worked two jobs to help put Roy through school.  She worked one job during the week and another on the weekend while raising Diana and Cheryl.  They both tried to work at different times of the day so that they didn’t always have to have a babysitter.  “Doc” received his degree in Veterinary Medicine in 1957, and they moved to Creston, Iowa, for a short time before settling in the Shenandoah and Essex area.  Mickey worked seasonally at Henry Field’s Nursery as the kids got older and later was the office manager for the Shenandoah Chamber of Commerce.  Eventually, she joined Doc in the veterinary practice where they worked together until their retirement in 1996.  In their early retirement years, she and Doc worked as cooks at Fair Oaks Assisted Living.  In 2000, they started spending their summers working at Yellowstone National Park.  They did this until truly retiring after the 2008 summer season.

Cooking and baking was something that Mickey really enjoyed.  She made some of the best homemade bread around.  She also liked to sew, crochet, fish, dance, mow the yard, and watch Wheel of Fortune when she could.

To send flowers to the family or plant a tree in memory of Wilma "Mickey", please visit our floral store.