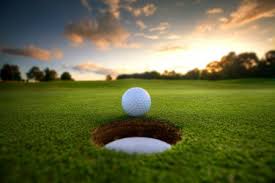 Richard D. (Dick) Irvin, 85, of Shenandoah, entered into eternal rest on Monday, July 13, 2020 at the Every Step Regional Hospice House in Creston, Iowa.  A memorial graveside service following cremation will be held on Thursday, July 16, 2020 at 10:00 am at the Rose Hill Cemetery in Shenandoah with Pastor Luke Fillmore officiating.  Everyone is welcome to bring their own lawn chairs to the cemetery.  There will be open visitation from 12:00 to 7:00 pm Wednesday afternoon at Nishna Valley Funeral Home.  Everyone is invited to join the family for a time of fellowship and food at the Shenandoah Elks Club following the graveside Thursday.  Memorials in Dick's name are being directed to the Shenandoah Elks Club #1122 or to Every Step Hospice in Creston.

Richard Dean Irvin, better known as Dick, was born on December 13, 1934 in rural Page County, Iowa near College Springs to George Elton and Frances Isabelle (Roberts) Irvin.  As a young child he lived in Clarinda and New Market before moving to Shenandoah.  While in high school he began working as a life guard and swim instructor at the Shenandoah Swimming Pool.  He graduated from Shenandoah High School with the Class of 1953.

On December 29, 1957, he married JoDayle Moffet at the First Methodist Church in Shenandoah.   They celebrated 62 years of marriage this past December.  They were blessed with one son, Richard Randall (Randy) Irvin, who was born on April 20, 1960.

Dick started his career in finance with Iowa Finance Company in Perry, Iowa.  He later advanced with the company to Fremont, Nebraska, Charles City, Iowa, Hannibal, Missouri and then back to Shenandoah with Associates Finance.  He then worked at the Union State Bank in Winterset, Iowa and moved back again to Shenandoah with Security Trust and Savings Bank and retired from Bank Iowa.

He was a former member of the Charles City Junior Chamber of Commerce, Charter Member of the Winterset Optimist Club, and member of the Shenandoah American Legion Golf Course.  He proudly accomplished 2 holes in one (Sept. 25, 2002 and Sept. 2, 2005) both on hole #8 before having to give up golf because of his health.  He was a member of Shenandoah Elks Club #1122 and the Shenandoah First United Methodist Church.

To send flowers to the family or plant a tree in memory of Richard (Dick) D. Irvin, please visit our floral store.