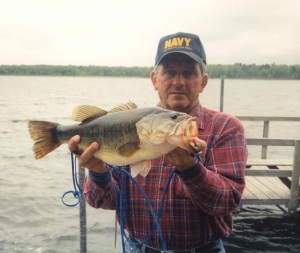 Michael Lee "Mick" Tyner, 72, of rural Essex, unexpectedly entered into rest on Sunday morning, March 1, 2020 at Nebraska Methodist Hospital in Omaha following a sudden illness.  A celebration of life gathering for Mick will be held on Sunday, March 8, 2020 from 2:00 to 5:00 pm at the Gold Fair Building in Red Oak.

Mick grew up on the family farm in the Randolph, Iowa area and attended grade school in Randolph and graduated from Fremont Mills High School with the Class of 1966.

Assisting his father during his youth years, Mick learned his strong work ethic with the family cattle operation, planting crops and helping with harvest.  The  knowledge he gained on the family farm allowed him the opportunity for him to work  grooming  stock for purebred livestock shows. He did his patriotic duty by serving his country for four years in the National Guard before going to work with Howard and Jim Anderson, taking care of their cow/calf operation and helping wherever he was needed for many years.

On  March 3, 2000 Mick was united in marriage to Cheryl Lee McGraw in Imogene, Iowa. They made their home in rural Essex. Because of Mick’s association with purebred cattle, he was a lifelong member of the Chianina Cattle Association.

Cheering on his beloved Chicago Cub’s and fishing anytime he could were Mick’s favorite pastimes.  He especially  enjoyed  his vacation fishing trips to Minnesota with Cheryl. His biggest pleasure though, was being around his grandchildren and the people whom he loved.

Friends were very special to Mick. He was so blessed to have these people in his life.  You know who you are because he was not afraid to say I love you. The  past 20 years were wonderful.

To send flowers to the family or plant a tree in memory of Michael L. "Mick" Tyner, please visit our floral store.