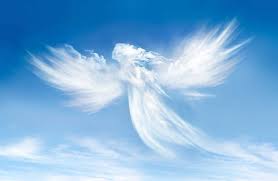 Mary Lou (Booher) Kier, daughter of Charles E., Sr, and Marcelene (Booher) Binau, was born on February 5, 1948 at Athelstan, Iowa.  She peacefully entered into rest on Wednesday morning, July 8, 2020 at her home in Red Oak, Iowa surrounded by her family.

A memorial visitation gathering, following cremation, will be held on Tuesday, July 14, 2020 from 1:00 to 3:00 pm at  Nishna Valley Funeral and Cremation Service.  Private family inurnment will take place in the Rose Hill Cemetery at Shenandoah.  Memorials in Mary Lou's name are being directed to the family.

Her early life was spent growing up in Athelstan and later in Shenandoah, Iowa.  Mary Lou received her education in the Shenandoah Community Schools.

On May 26, 1963, Mary Lou was united in marriage to Clarence Samuel Kier, Jr, in Shenandoah.  Following their marriage they made their home in Shenandoah.   To this union six children, Cheryl, Debbie, Cassandra, Clarence (Sam), Curstie and Suzette were born.  Sadly, Clarence passed away at only the age 27 in 1972.

Having a caring spirit, Mary Lou worked in the nursing field as CNA and CMA at several area nursing homes; Westridge Care Center, Stanton Care Center, Corning Nursing & Rehab and eventually retired from the Villisca Good Samaritan Care Center.   She enjoyed watching the older western movies and crime shows.  Mary Lou also liked to read, crochet and knit.  Most of all, she loved spending time with her grandchildren.

To send flowers to the family or plant a tree in memory of Mary Lou (Booher) Kier, please visit our floral store.