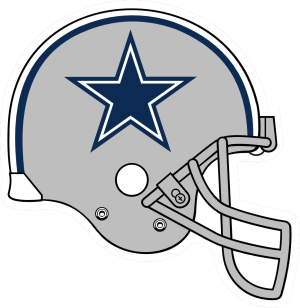 George Harold Vance, 69, of Shenandoah, Iowa, unexpectedly passed away on Tuesday evening, February 8, 2022, at his home.  A celebration of life funeral service for George will be held on Saturday, February 19, 2022, at 10:00 AM at Nishna Valley Funeral and Cremation Service in Shenandoah with Pastor Ron Nelson officiating and Dean Adkins sharing memories.  The family will greet relatives and friends with visitation and viewing from 5:00 to 7:00 pm Friday evening at the funeral home.  Memorials in George's name are being directed to the family.  Burial will take place in the Rose Hill Cemetery in Shenandoah.

George Harold Vance (Uncle George), of Shenandoah, IA, passed away unexpectedly on Tuesday evening, February 8th, 2022, at his home at the age of 69 years, 5 months, 2 days.  He was born September 6, 1952, in Trenton, Missouri to Charles Gaylord Vance, Sr, and Anna Belle (Wallace) Vance. The family consisted of six, including his siblings, Julia May, Charles Gaylord Jr., and Kathy Lane. The family moved to Shenandoah, Iowa, in 1959 and attended its schools. This is where George's love for the Shenandoah Mustangs and Fillies began.

George began his career at the age of 16, in the Earl May Tree Pit. At the time Earl May and Henry Fields were in close business. George later retired from the industry after the closing of Henry Fields.

His love for the community never went unnoticed. George attended all the local sporting events that he could. He cheered on the Mustangs and Fillies if his great nieces and nephews weren't on the opposing teams. He could usually be seen riding around the town on his bicycle.

Besides his love for the Mustangs and Fillies, George LOVED racing. One of his greatest memories was when he spent a whole weekend with his nephew, Brian Hammons, at the Kansas City, Missouri Speedway.  During racing season, you'd always find George at a track. Locally he would go to Corning with Diane and Zach Kirk to cheer on the local racers. His all-time favorite professional driver was Rusty Wallace. Which is where his first beloved fur baby, a wiener dog, got the name Rusty. Rusty may have been his first fur baby, but the real love of his life was found in a dog named Daisy, after the passing of his mother Anna Belle.

Another sport George loved was football. The Dallas Cowboys were his favorite team, but in a close second were the Nebraska Cornhuskers. He was also a fan of the Kansas City Chiefs. One of his favorite memories was going to a Chiefs game with his best friend John Cloepfil. Even though his favorite collegiate school was Nebraska, he became a new fan of the Iowa State Cyclones. Like any proud uncle, he became a new fan, because his great niece, Mya Hammons, would be attending Iowa State in the fall.

George had many hobbies outside of watching sports. He loved playing The Sims and NASCAR on his PS4. Not many of his days were missed enjoying a pop at Hy-Vee with John, Dwain, and Jimmy John. He enjoyed putting together model cars and of course, we can't forget, his love of decorating for Halloween. He would plan for days or even months to come up with the perfect theme for his home each year. It was something he took pride in each year and a way for him to entertain and show off to the community how much he enjoyed making people smile. His love and joy for Halloween eventually spread to other family members. His great niece, Payton Hammons, participated with him for several years by helping him hand out candy.

To send flowers to the family or plant a tree in memory of George Harold Vance, please visit our floral store.