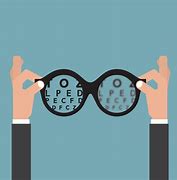 Dr. Charles (Chugger) Nichols, 81, of Mountain Home, Arkansas, formerly of Clarinda entered into peace on Monday, October 4, 2021.  A memorial graveside service will be held on October 23, at 11 a.m. at Rose Hill Cemetery in Shenandoah with Todd Reed giving words of comfort.  Memorials are being directed to the Dr. Charles and Sharon Nichols Scholarship Fund.

Chugger was born April 7, 1940 to Ruth (Hillyer) Nichols and Claude Nichols in Clarinda, Iowa.  Chugger graduated from Clarinda High School in the class of 1958, and on August 15, 1960 he married Sharon (Williams) Nichols.  Chugger attended the University of Iowa where he was a proud member of Sigma Chi fraternity and went on to the Illinois Institute of Optometry in Chicago to complete his doctorate in Optometry.  After beginning his career in Maryville, Missouri, Chugger and Sharon relocated to Clarinda where he practiced optometry with his father on the NE side of the square until his retirement in 1995.

Chugger enjoyed traveling with his wife, Sharon, having taken many trips to Europe with close friends and associates. Most recently, Chugger traveled to Italy to enjoy the Amalfi Coast.  Chugger was also an avid golfer and was often prodded by his friends for his inability to get a hole-in-one on his home course in Clarinda while others were able to do so on an annual basis.  All of that changed one summer, upon retiring to Florida where he gathered 3 holes-in-one in a single summer.  All told, Chugger amassed 5 aces.

Chugger was also an avid hunter, often spending the late fall and winter months hunting pheasant, quail and occasionally turkey.  On one such turkey hunting excursion, Chugger was able to put 3 shotgun rounds into a turkey he had called, only to have the turkey look at him and walk off.  Witnesses of this event paid tribute to this event by mounting a turkey claw on a plaque.

To his union with Sharon were born three children – Jennifer Reed of Clarinda, Iowa, Chuck Nichols of Nixa, Missouri and Tim Nichols of Ankeny, Iowa.

To send flowers to the family or plant a tree in memory of Dr. Charles, please visit our floral store.