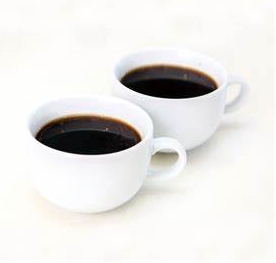 Donald Lee Herzberg passed away Wednesday, March 23, 2022, at his home in Shenandoah, Iowa surrounded by his family, after a battle with cancer. Donald was born January 10, 1940, in Houston, Texas to Evelyn Lucille (Hayes) and Robert Henry Louis Herzberg.

Don grew up near Yorktown, Iowa and graduated from Clarinda High School with the class of 1958. Don was a gifted carpenter and worked construction in his earlier years.  He was a member of the Iowa National Guard and worked as an officer with the Clarinda Police Department for several years. He retired from the Clarinda Treatment Complex.

Although Don was not a man of many words, it was evident that he loved his family beyond measure.  He was the grandfather that secretly hid the Easter eggs in the yard and claimed it was the Easter bunny and the father that was always sure to bring the cranberry sauce and coveted orange jello to every holiday gathering.  He was a gifted carpenter and craftsman-a gift that he has passed on to his children and his grandchildren.  There are many a talented carpenter who bear the last name Herzberg. Don enjoyed the outdoors and could often be found taking care of his yard and even his neighbor’s. On January 10, 2006, he married the love of his life, Susan.  Don and Sue shared many memories together, taking day trips to random historical places, catching a grandchild’s athletic event, building snowmen with grandchildren (even if Don chose to build his on the roof of the house!), or enjoying daily breakfast at the Depot.

Family for Don was a broad term.  He had his immediate family, but also many friends and his Depot family.  For a generally quiet man he was a stranger to none.  He could not have a meal in Southwest Iowa without someone greeting him or stopping by to share a conversation. Don had a quiet nature, but it never stopped him from helping someone in need. He may have had an occasional stubborn streak, but his heart was pure gold with a kindness and generosity matched by very few.

Don was preceded in death by his parents; and his sisters Janette Leahy and Barbara Hanson.

Left to honor and cherish his memory are his wife Susan Herzberg of Shenandoah; his children Todd and Karri Herzberg and their children Ethan and Aaron; Michelle Harris (Scott) and her son Adam; Jamey and Dr. Sarah Herzberg and their children Dietrich, Sayer and Sophie; Aaron and Supawan Kincheloe and their daughter Tia; Matthew Pariziale and his children Morgan, Gavin, Adriana and Sydney; and Gina and Matt Bellamy and their daughter Penny and son due in August, James Donald; his brothers Kirk Herzberg and Darrell Herzberg; his sister Ellen Carver, 5 great grandchildren, several nieces and nephews, his restaurant family at the Depot and many other family members and friends.

The family is planning a Celebration of Life at the Depot restaurant in Shenandoah in Don’s honor at a later date.

To send flowers to the family or plant a tree in memory of Donald, please visit our floral store.