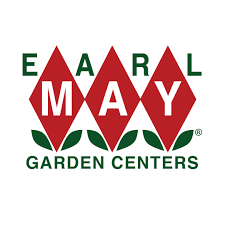 Dennis Dean Goodwill, 76, of Shenandoah, Iowa, peacefully passed away on Tuesday evening, December 28, 2021, at Good Samaritan Society in Villisca, IA, with his wife at his side. Dennis was born on June 14, 1945, in Council Bluffs, IA, the son of Guy Leonard and Lue Willa (Bohannon) Goodwill.

Dennis spent his younger years in Council Bluffs, Iowa before his family moved to Prescott, Iowa, where he graduated from Prescott High School with the Class of 1965.  After high school, he served in the Iowa National Guard as an 11C Infantryman, supervising a mortar squad.  Following his service, Dennis moved to Shenandoah, Iowa, where he began a long career working for Earl May Seed & Nursery Company as a receiving clerk in their Distribution Center.   A dedicated employee, he retired from Early May having achieved working 44 years with the same company in 2010.

On January 16, 1976, Dennis was united in marriage to the love of his life, Riva Renee Anderson in Ottumwa, Iowa.  Together, they raised two children, Kirsten and Niel. Dennis was an avid outdoorsman and enjoyed trapping, fishing and cultivating his vegetable and flower gardens. His favorite hobbies were coin collecting and woodworking, in addition to traveling the country with his wife and visiting their three grandsons. He will be remembered as a quiet man who was always willing to help a neighbor, and his quick wit will be missed.

No services are planned.   Memorials, in lieu of flowers, are being directed to People For Paws in Shenandoah.

To send flowers to the family or plant a tree in memory of Dennis D. Goodwill, please visit our floral store.

You can still show your support by sending flowers directly to the family, or by planting a memorial tree in the memory of Dennis D. Goodwill