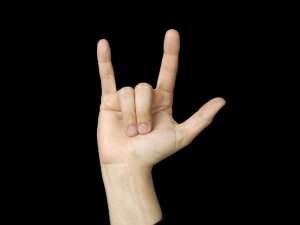 A *FAMILY ONLY* Celebration of Life Memorial Mass for David will be held on Saturday, November 7, 2020 at 10:30 am at St. Patrick's Catholic Church in Imogene.  Everyone is invited to safely join the family in celebrating David's life by visiting the Facebook Pages of either the St. Patrick Catholic Church - Imogene, IA or Nishna Valley Funeral and Cremation Services at 10:30 AM Saturday to watch the service.  An open memorial visitation for all his friends and family will be held on Friday, November 6, 2020 from 10:00 am to 5:30 pm at Nishna Valley Funeral Home in Shenandoah.  You can sign the book, watch a DVD photo tribute of David's life and get a service folder.  Burial will take place in the Mount Calvary Cemetery at Imogene.

David James Maher, age 60, of Farragut, Iowa passed away   unexpectedly on Tuesday, October 13, 2020 at his home. David was born August 23, 1960 in Shenandoah, Iowa, the son of Francis L. and Wilma Rose (Coy) Maher.  He was born 7 weeks premature and weighed 4 pounds, 1 ounce.  He attended Iowa School for the Deaf and graduated as salutatorian of the class of 1978.  He was senior class president.  David  participated in football, wrestling and track while in junior high and high school. He went on to attend and graduate from the National Technical Institute for the Deaf in  Rochester, New York.

David worked as a mail operator for the United States Post Office in Indianapolis for 17 years.  He moved back to Iowa the summer of 2002.  David worked as a cook at the Admiral Inn café in Farragut from 2003 until 2015 when health reasons caused him to give up the job.  David had resided at Admiral Manor in Farragut for 16 years.  David spent the summers during his elementary years in the Duluth, Minnesota area with his brother Roger and his wife Betty Jo.  He was fortunate to join them on summer trips, visiting Niagara Falls, the Cowboy Hall of Fame, the Biltmore Estate and other  attractions  along with  fishing  Lake Superior and  other summer fun.  David traveled to Germany the summer of 2009 to visit his daughter Maria and her husband John.  A trip to the Notre Dame area was also a highlight for him. David’s family, the deaf community,  friends,  his  faith  and  his  Irish  heritage  were  all important to him.

To send flowers to the family or plant a tree in memory of David J. Maher, please visit our floral store.