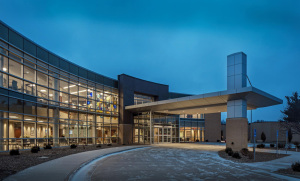 Candy G. York, 64, of Farragut, Iowa entered into eternal rest on Thursday February 17, 2022, at Windsor Manor in Shenandoah, Iowa.  A celebration of life service for Candy will be held on Saturday, March 5, 2022, at 11:00 AM at Nishna Valley Funeral and Cremation Service in Shenandoah with Pastor Noel Gandy officiating.  The family will greet relatives and friends with visitation one hour prior to the service Saturday from 10:00 to 11:00 am.  Memorials may be directed to the Candy G. York Memorial Fund:  C/O Bill York, P O Box 277, Shenandoah, IA 51601.

Caroline Gale “Candy” York, daughter of Roy Dale and Ruby Lucille (Hoffman) Clayton, was born on May 30, 1957, in Long Beach, California.  She entered into peace on Thursday, February 17, 2022, at Windsor Manor Assisted Living in Shenandoah, Iowa, at the age of 64 years, 8 months, 18 days.

Her early life was spent growing up in Greenfield, Iowa, where she attended the Greenfield Community Schools and graduated from Greenfield High School with the Class of 1975.

Following high school, Candy moved to San Diego, California, where in June of 1976, she met the love of her life, Bill York, who was stationed there in the Navy.  They were united in marriage August 20, 1976, in San Diego.  After Bill completed his military service, they moved back to Iowa, making their home in Bellevue.  It was there were their two children were born, Sara, in 1981 and Cody, in 1986.  Bill’s job with the Iowa DOT brought them to Shenandoah in 1989.  They would later settle in Farragut in 1993.

After moving to Shenandoah, Candy began working at Pamida.   In 1992, she started working at Jay Drug and in 2008 she went to work at the Shenandoah Medical Center, as the Emergency Room registrar and switchboard operator.  She retired from SMC in August of 2017.  Working with the public all those years she met a lot of people and made many lasting friends.

In her spare time and in retirement, Candy enjoyed gardening, baking, traveling, camping, socializing with friends, and most of all, spending time with here family.  She was a member of the Shenandoah American Legion Post #88 Auxiliary.

Preceding Candy in death were her parents and brother, Randy Dale Clayton.  Left to cherish her memory are her husband of over 45 years, William “Bill” York of Farragut, IA; daughter, Sara York of Clarinda, IA; son, Cody York and wife Patti of Nebraska City, NE; four grandchildren; other relatives; and many friends.

To send flowers to the family or plant a tree in memory of Candy G. (Clayton) York, please visit our floral store.