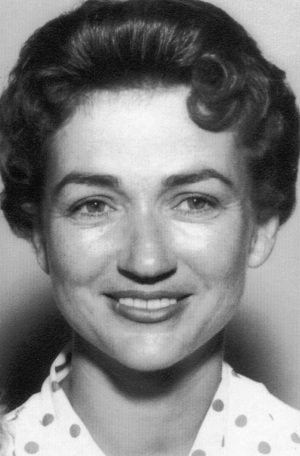 Bobbie Jean DePrang (née Richeson) of Shenandoah, Iowa, and formerly of Talco, Texas, entered into eternal rest at the age of 90 on Saturday evening, February 15th, 2020, at Elm Heights nursing home in Shenandoah. A celebration of life funeral service will be held at the First Baptist Church in Coleman, Texas, Friday, March 6th, at 1:00 PM. Burial will follow at the Atoka Cemetery in Novice, Texas. Family and friends are invited to gather for lunch prior to the funeral at 11:00 A.M. at Hildalgo’s Mexican Restaurant in Coleman. Bobbie requested that donations in her name be given to the Atoka Cemetery Association, c/o Sue Shields 699 CR 429, Novice, TX 79538. To send flowers to Bobbie’s family, please visit our floral section.

Bobbie met Herman DePrang in Abilene, Texas, who became the love of her life. They went on their first date to a dance featuring some of their favorite musicians, Bob Wills and His Texas Playboys, and the two were married shortly after in Lovington, New Mexico, in November 1952. Bobbie and Herman raised one child, a daughter, Roma Leah King, who remembers them as amazing parents who were always there to help. The couple spent most of their married life in California where Herman worked in the oilfields. Herman was a devoted, fun-loving father who often took his daughter to work, school, and church. Bobbie worked for many years as an electric circuit board inspector, which was somewhat unusual for a woman in the 1950s. The couple retired and returned to Texas where they made their home in Weatherford. They worked together commuting between Weatherford and the DePrang family ranch outside of Novice drilling oil wells. Roma is thankful to both her parents who were supportive throughout her life, including college, graduate school and her married life.

Bobbie and Herman, affectionately known as “Nanna and Granddaddy,” helped raise their grandson, Adam Garland Swanson, for most of his childhood, until Herman died in 2004. Even afterwards, Bobbie continued sharing activities with Adam. The two spent many hours working on model train layouts, wiring them and running multiple different types of trains. Later on, she helped with Adam’s career as a pianist by sewing enumerable vests and costumes for him to wear. Bobbie and Adam even discovered a similar love for the music and movies of such figures as Bob Wills, Gene Autry, and others. She will be missed immeasurably by her very grateful grandson.

Bobbie welcomed Dr. Scott King, her son-in-law, to the family in 2001, and the family moved to Shenandoah in 2007 enabling Scott to work for the Shenandoah Medical Center. Bobbie was an active participant at the Senior Center in Shenandoah for many years and enjoyed the friendships she made there. She loved playing cards and dominos, and shared her gift of sewing with her daughter and many charity organizations over the years. Bobbie moved to the Holmes’ Apartments for the last few years of her life, which was a lovely home for her, and she appreciated the friends she made there as well.

Bobbie was born in Elmore City, Oklahoma to William Henry Richeson and Mary Francis "Mae" Gilbert on January 16, 1930.  She was preceded in death by all of her siblings including Lucile Richeson Maxwell, Angelena "Lena" Richeson Gooding, Imagene "Jean" Richeson Adkins, Troy Richeson and L.D. Richeson. She leaves behind her daughter Roma Leah, son-in-law Dr. Scott R. King of Shenandoah, and grandson Adam Garland Swanson of Durango, Colorado, as well as numerous nieces and nephews. Her family would like to thank the many kind people involved with her care in Southwest Iowa and the many who demonstrated such kindness and concern for Bobbie and her family over these years.

To send flowers to the family or plant a tree in memory of Bobbie Jean (Richeson) DePrang, please visit our floral store.